A ‘quadruple-threat’ on the stage,

fiction writer and non-fiction ghostwriter on the page,

and entrepreneur in marine wildlife and the jazz age. 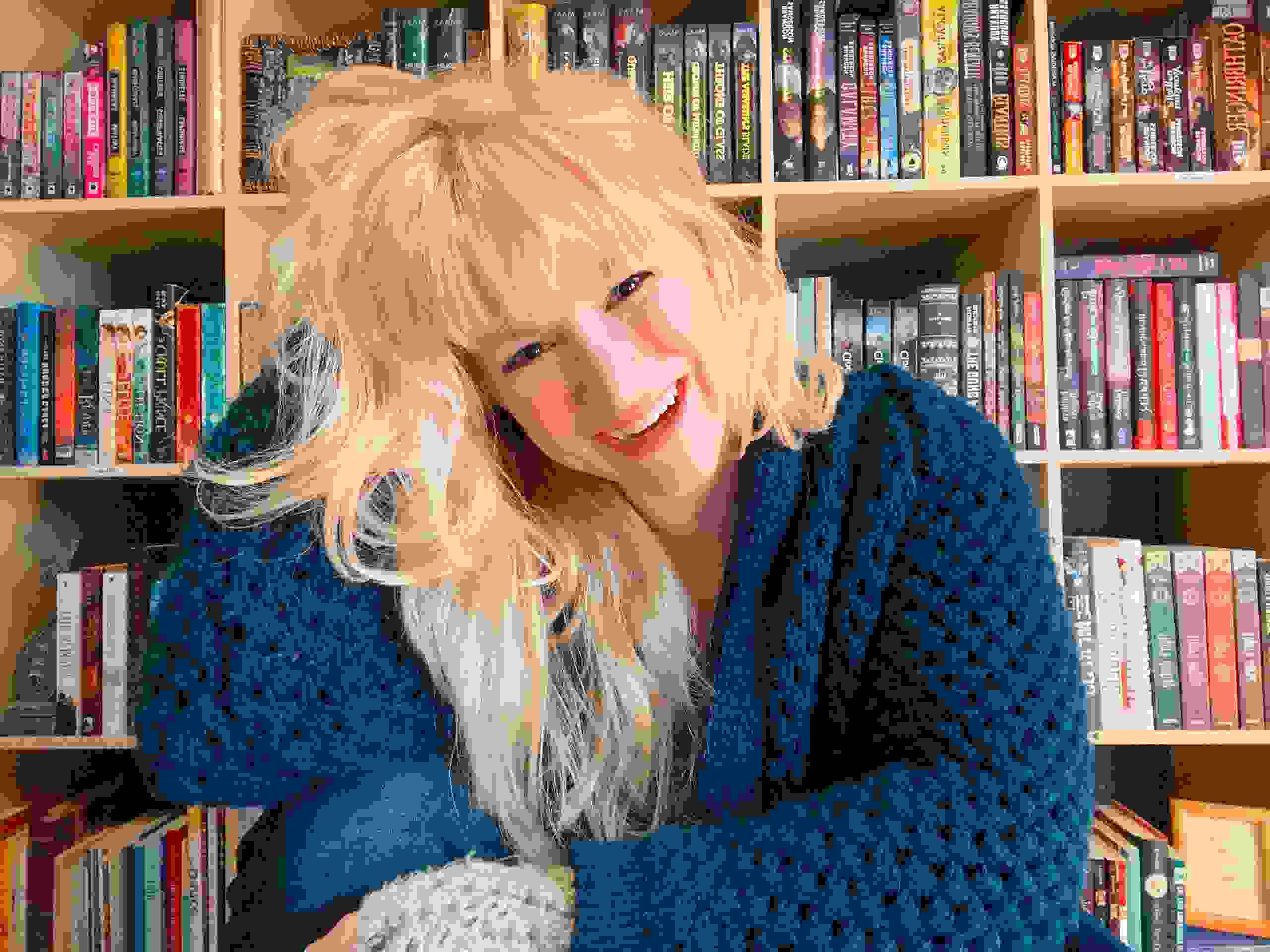 As small as 154 centimeters in length with natural-blonde hair, the Rel Carroll is primarily characterized by her love of entrepreneurship, the jazz age, and free expression in art. This peculiar creature is also known for her distinctive singing voice which can be heard anytime day or night; although, she is primarily nocturnal. In addition to American Sign Language, the Rel is fluent in ‘British’ with a working knowledge of Spanish and Lang Belta. She has a preferred diet of dark chocolate and hella-spicy vegetarian cuisine but with only one known in existence, soggy cereal and the color pink remain key threats to this rare species. The Rel is generally tame but not domesticated, so it is dangerous to keep the Rel in an enclosed area without a novel, knitted socks, and canine companion. Frequently migratory, her natural habitat includes enchanted forests, seaside cottages, crowded bookstores, or the middle of a dance floor. The Rel is mated for life with a similarly unique mammal, the Nat (otherwise known as Redbeard, the airship pirate.)

You can also observe her at Goodreads.

Rel Carroll is the former writing student of award-winning, bestselling authors including Brandon Sanderson and Orson Scott Card. She is a ghostwriter, developmental editor, novelist, and CEO of RomanSnail.

The Vivatec Project is a collaboration to build profit-share businesses and pursue dreams so that as we live better, we give better. For more information, visit vivatecproject.com

"I love finding truth in art, and the greatest truth is the power of an individual life."

Q: What do you write?

A: I am a ghostwriter for memoirs and biographies, and I primarily write fantasy and science fiction. I especially enjoy genre-mixing (i.e. horror + romance or action + historical fiction) and epic heroines.

Q: What is a ghostwriter?

A: A ghostwriter is someone who writes material that is officially credited to someone else. A skilled ghostwriter can capture the individual tone and ‘voice’ (i.e. the unique style, attitude, and character) identifiable to the author.

Q: What is Deaf Theatre?

A: Deaf theatre is a performance style that unifies American Sign Language and the spoken word. The technique of “shadowing” is when a sign language interpreter stands beside the actor onstage and interprets the lines as their ‘shadow.’ These shadow-interpreters often dress in costume to blend in and interact with the actors. If musical theatre actors are “triple threats,” then Deaf musical theatre actors are quadruple threats with singing, acting, dancing, and sign language! Visit www.deafwest.org for some great examples of this remarkable artform or check out my YouTube channel.

Q: What is your favorite book?

A: Asking me to choose a favorite book is like asking me to choose a favorite friend… I feel like the rest of my books will get jealous. What if the really evil books become bitter, revengeful, and orchestrate my eventual demise? My mind becomes a macabre version of Toy Story where the toys murder the child that forgot to play with them. Too dark?

Epic Fantasy: The Deed of Paksenarrion by Elizabeth Moon

Mid-Grade Fiction: Stargirl by Jerry Spinelli or The Girl Who Drank the Moon by Kelly Barnhill

Religious Text: The Book of Mormon

Biography: Hugh B. Brown by Campbell

Q: What is your favorite movie or TV series?

A: Again, how can I choose?

Disney: The Princess and the Frog (A swing dancing prince? Sign me up!)

Q: What is your favorite show or musical you’ve ever done?

A: Ghost the Musical as Molly Jensen… a dream role fulfilled! I got to belt high Eb’s, learn how to throw pottery, practice fight choreography, and most importantly, work with a very talented team of cast and crew—a true community of friends. I was also struggling with a lot of health issues at the time, so the show was a great personal accomplishment and very empowering for me to feel like I rocked such an iconic role!

Q: Why did you choose self-publishing?

Have another question? Just ask!

We use cookies (dunked in milk) to analyze website traffic and optimize your website experience. (Basically, I can see how many people enjoy my baking.) By accepting our use of cookies, your data will be aggregated with all other user data.